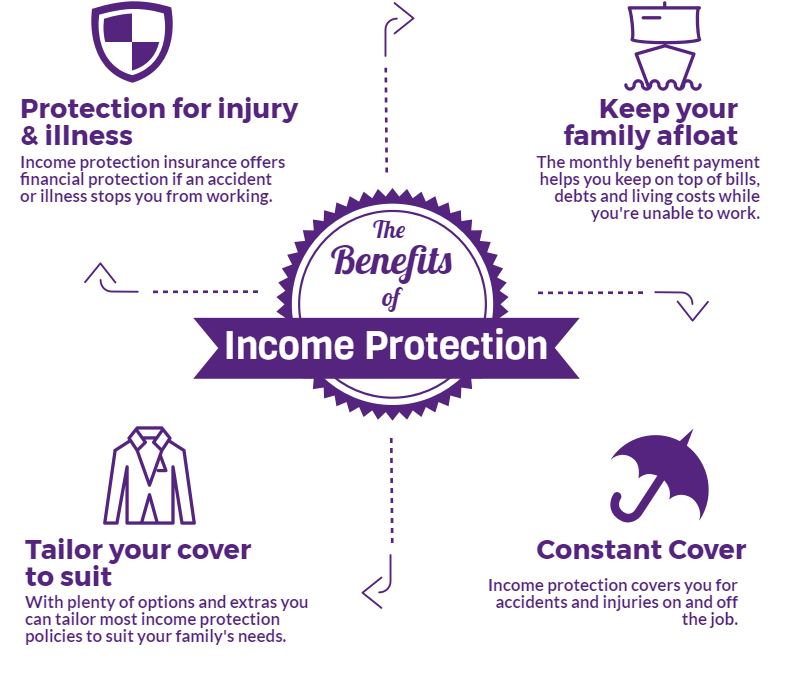 Could it be possible that we the protection industry might have made a mistake?

You’re probably thinking of life cover? Critical illness cover? Or perhaps decreasing term assurance? These are all insurance products that provide a lump sum to repay the mortgage in full should one of the mortgagors die or suffer a critical illness during the term of their mortgage. These products are important and worthwhile for people taking out mortgage debts. But what about the potentially greater risk that mortgage holders face – the risk of going off work sick and not being able to pay their monthly mortgage payments?

There is a general insurance solution called mortgage payment protection insurance, but what about a pure protection version?  What about something that pays a benefit for a lot longer?

Well, there is. Of course – it’s called income protection. But we don’t tend to associate it as part of the mortgage protection solution – but should we? 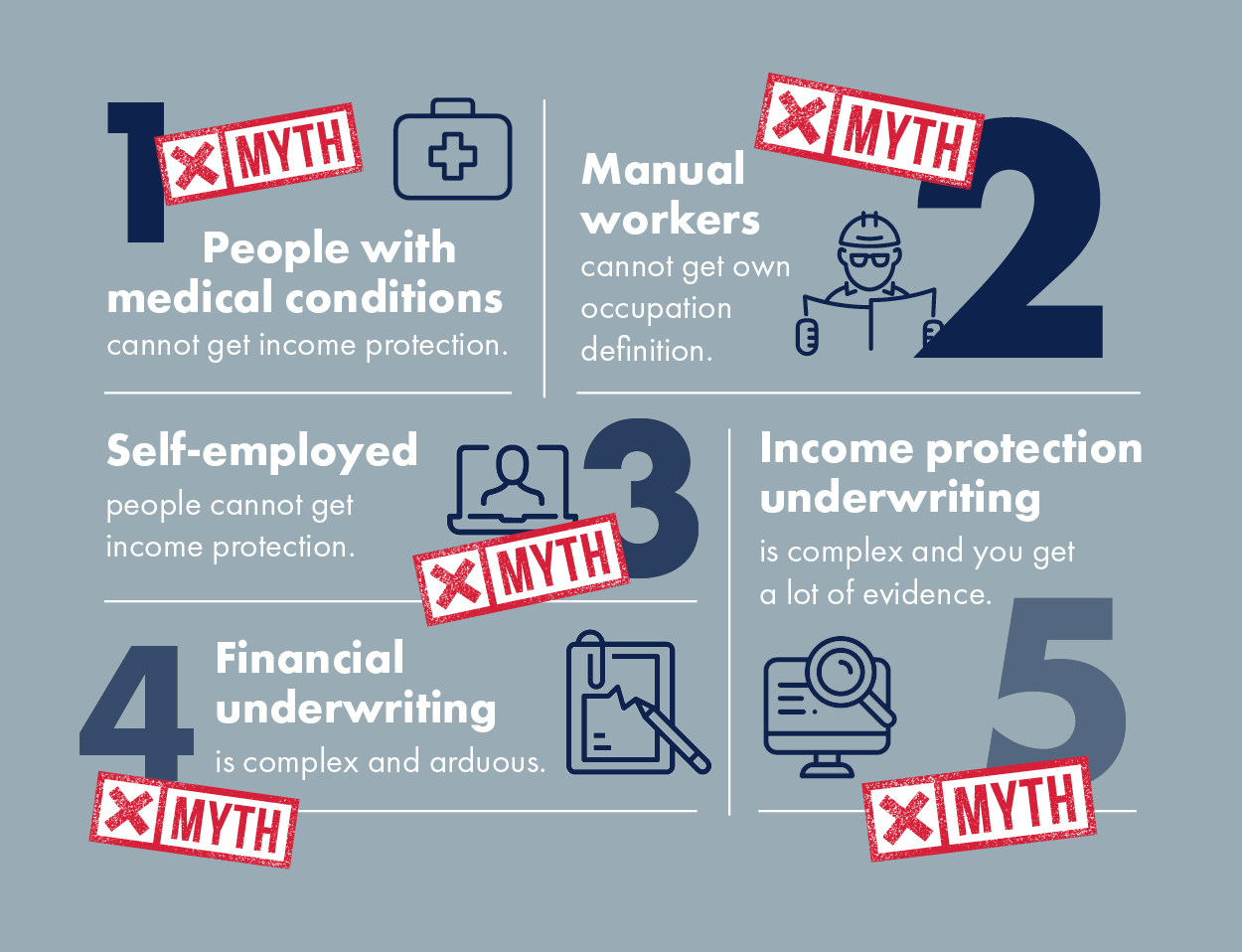 What are the risks?

Mortgage key facts illustrations which lay out all the features and the terms of the mortgage product always have a risk warning which reads: “YOUR HOME IS AT RISK IF YOU DO NOT KEEP UP REPAYMENTS ON A MORTGAGE OR OTHER LOAN SECURED ON IT.”

But what exactly are those risks?

Well, when you consider that the average age of a first time buyer in is currently 33, up from 31 10 years ago. What are the chances of something happening that could stop someone from being able to pay their mortgage repayments?

Let’s use an example to help highlight this risk. Let’s assume it’s a non-smoking man called Bob, aged 33 and he’s taken out a mortgage for 30 years.

According to Royal London’s Protection Risk Report; there’s a 3% chance of death, a 9% chance of Bob suffering from a critical illness, but a 23% chance of him being unable to work for a period of two months or more during the term of his mortgage. Rather worryingly that represents nearly a one in four chance.

This analysis is for an individual person but most mortgages are taken out on a joint-life basis which would make the chance of something happening to one of the mortgage holders even greater.

The strange paradox is that far more life cover and critical illness cover is taken out each year by mortgage applicants when compared to income protection.

The data from risk reports shows exactly why mortgage clients need income protection. It’s because the risks for going off work sick are far higher than dying or becoming critically ill.

Isn’t it too expensive?

When you think about income protection products, you might also be thinking that these are usually expensive?

Well as I’ve alluded to, the risks of going off work sick are usually a lot greater than the risk of dying so it makes sense that income protection plans would carry a higher premium cost than life cover.

But income protection plans have more dials that can be turned than other protection plans and these allow you to adjust elements of the cover in line with what’s important and to the budget you can afford.

One of the dials you can turn is the term of the cover. The longer the term, the greater the risk and the more expensive it’ll cost.

So going back to our example – Bob could take cover to age 70 with many providers, but he could save a lot from his monthly premium cost if he set his cover to end at age 63, when his mortgage finishes.

Another dial you can turn of course is the amount of cover. The more cover you opt for, the more expensive the plan will be.  Income protection plans do have maximum levels of cover that clients can take out based on their incomes, but do all clients need the maximum amount of cover possible?

How about a level of income that Bob would be able to pay his mortgage and most important bills if he’s on a tight budget?

So looking again at Bob, our client example – how much would income protection cost him?

Well let’s say he applies for €1,000 a month income protection cover. His occupation is accountant and he needs a 13 week (three month) deferred period and he wants cover for the length of his mortgage which is 30 years.

An income protection plan like this would cost just €27.90 a month including some hospital cash cover if he is in hospital. This solution might not be perfect, but surely some cover is better than none?

We have lots of people out there with excellent life and critical illness plans which cover their mortgages. My worry is what are they going to think if they go off work sick at some point during their working life? What if they lose their income through sickness and can’t afford to pay their mortgage each month?

They can’t claim on one of their ‘mortgage protection’ plans because they haven’t died or haven’t been diagnosed with a critical illness that meets a set definition.

Losing income through sickness and the subsequent inability to keep up those monthly mortgage payments is precisely what that risk warning on the Mortgage key facts illustration is talking about.

Get An Instant Income Protection Quote 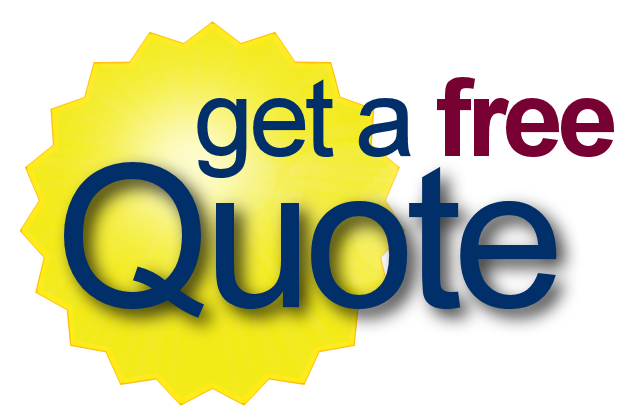 Maybe now would be a good time to get a quote or talk to us about your income protection needs. Better years early than one minute to late. 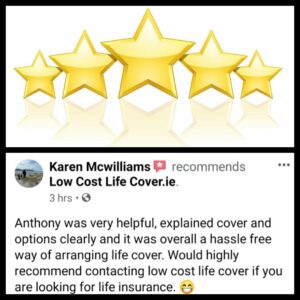 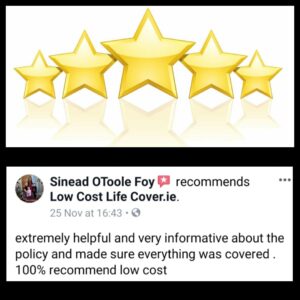 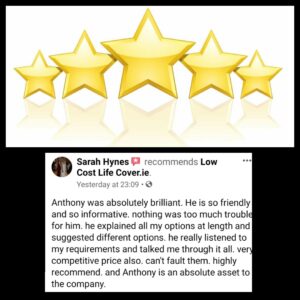 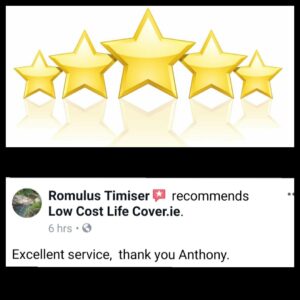 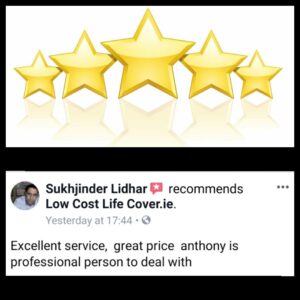 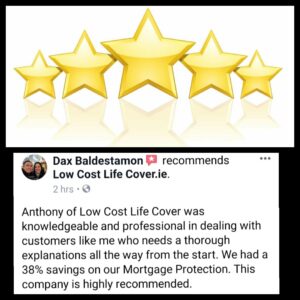 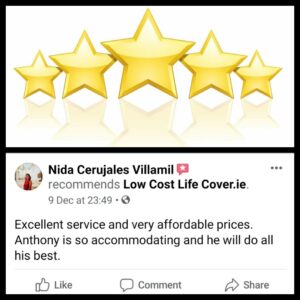